In a writ petition filed in the Calcutta High Court in the matter of Akshay Jhunjhunwala & Anr. Vs. Union of India through the Ministry of Corporate Affairs & Ors., the High Court in its order dated 2 February 2018 (available here), has upheld the constitutional validity of Sections 7, 8 and 9 of the Insolvency and Bankruptcy Code, 2016 (“ Code”). In a writ petition filed by the petitioners to assail the vires of Sections 7, 8 and 9 of the Code, the High Court dismissed the petition, holding that classification amongst similarly situated persons is permissible if the classification is based on reasonable differentia.

Grounds taken by the Petitioners:

Following were some of the key grounds taken by the petitioners:

–   The Code makes a distinction between a financial creditor and an operational creditor in respect of a corporate debtor which does not have a rational and intelligible basis;

–   The differentiation between the two categories of creditors being unintelligible and irrational, the provisions of Sections 7, 8 and 9 of the Code should be struck down;

–   Undue preference has been given to a financial creditor;

–   A financial creditor has a right to be in the Committee of Creditors ( COC) of a corporate debtor in an insolvency proceeding, whereas, the operational creditor lacks such right;

–   The Code does not empower the adjudicating authority to look into the validity and sufficiency of a claim lodged by a financial creditor whereas a deeper and a better scrutiny is sought to be introduced in respect of an operational creditor;

–   A corporate debtor does not have a platform on which the corporate debtor can get on board along with its creditors to face and challenge the validity, sufficiency, legality and the quantum of the claim leveled against it by any category of creditor, be it the financial or the operational one;

–   By reason of Section 231 and 238 of the Code, the corporate debtor and in fact, no stake holder connected or concerned with the corporate debtor, can approach any other forum for the purpose of obtaining an injunction against a proceeding pending before a tribunal under the Code.

In view of the aforementioned grounds taken by the Petitioners, the Hon’ble High Court, observed as follows:

–   The distinctions of secured, unsecured and statutory creditor are not obviated in its entirety;

–   The definitions of a financial and an operational creditor as obtaining in the Code can be said to have certainty and exactitude. The classification made by the Code amongst the creditors of a company is on reasonable differentia. The differentia introduced by the Code in respect of a creditor of a company does not offend any provisions of the Constitution of India;

–   The Bankruptcy Law Reforms Committee gives a rationale to the financial creditors being treated in a particular way vis-à-vis an operational creditor in an insolvency proceeding with regard to a company. The rationale is a plausible view taken for an expeditious resolution of an insolvency issue of a company. Courts are not required to adjudge a legislation on the basis of possible misuse or the crudities or inequalities that may be perceived to be embedded in a legislation. The rationale of giving a particular treatment to a financial creditor in the process of insolvency of a company under the Code cannot be said to offend any provisions of the Constitution of India.

Please feel free to reach us for views/questions/queries at  ibcupdate@elp-in.com. 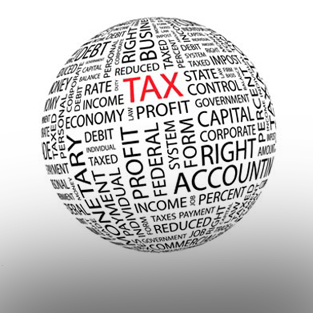