However, the quantum of the deal couldn’t be ascertained.

The funding will be help FoodMemories to expand its current business segment and enable the startup to establish a physical retail footprint in the top cities across India, the company said in a press statement.

Incorporated in September 2016 by Dr. Harmitsingh Sikh, FoodMemories aggregates all top iconic brands and delicacies of Indian food industry and delivers their delicacies to customers around the globe.

Operational in 26 states across India, FoodMemories, currently has a repository of the diverse culinary heritage of the country and provides customers instant access to more than 200 major brands and over 3000 products of authentic geographically unique Indian foods.

Food Memories does not store the food. Instead, once an order is placed, the food item is picked up from the vendor through the logistics partner and delivered directly to the customer.

The startup claims to deliver same day in the same city and within 48 hours in any other city within the country, while internationally it has set a delivery period of 4-5 days.

In operational over 120 countries as per its website, FoodMemories has tied up with multiple logistics partners.

A quick look at Delhivery journey so far
The Gurugram-based well-funded startup Delhivery was launched in 2011 by Sahil Barua, Mohit Tandon, and Suraj Saharan. Later, they were joined by Bhavesh Manglani and Kapil Bharati.

Prior to that, in September 2014, it had raised its series C round led by Multiples Alternate Asset Management.

The startup currently claims to service about 1200 cities and 12000 pin codes. It has about 24 fulfilment centres for B2C and B2B fulfilment services and works with companies like Flipkart and Paytm.

Delhivery is also in talks to raise a handsome funding from China retail and investment giant Alibaba.

Ahmedabad based startup ‘FoodMemories’, a marketplace... 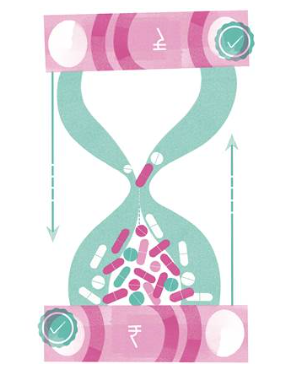 In a push for greater ease of doing business in the...