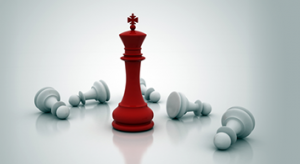 The Supreme Court of India, in a significant judgement (Competition Commission of India vs. Bharti Airtel Limited & Ors.), has, ruled on the issue of jurisdictional overlap between the Telecom Regulatory Authority of India (“TRAI”) – the telecom market regulator and the CCI. The Supreme Court, while dismissing the appeal by the CCI, has delineated the spheres within which the two market regulators operate and has laid down important guidance on how issues of regulatory overlaps between the two regulators should be resolved.

Reliance Jio Infocom Ltd. (“Jio”) had approached the TRAI alleging that three incumbent rival firms (viz., Airtel, Idea and Vodafone), inter alia, were not honoring their interconnection agreements, in particular that they were not providing access to Points of Interconnection (“PoIs”) and were in violation of the terms of the Unified License issued by the Department of Telecommunication.

While the matter was yet to be finally decided by the TRAI, Jio approached the CCI alleging that the three incumbent rival firms had, inter alia, colluded to delay or deny access to adequate PoIs to Jio, thereby leading to congestion/call failures on its network. The CCI, after hearing all parties, passed an order under Section 26(1) (“26(1) Order”) of the Competition Act, 2002 (“Competition Act”) directing the Office of the Director General to carry out a detailed investigation into the matter.

Following this, the rival firms challenged the 26(1) Order before the High Court of Bombay by way of a writ petition on the ground that the CCI had no jurisdiction on the matter. The High Court of Bombay, while allowing the petition, held that the CCI’s exercise of its jurisdiction was erroneous. It reasoned that the Competition Act and the Telecom Regulatory Authority of India Act, 1997 (“TRAI Act”) were two independent statutes and that the two regulators are required to discharge their functions in accordance with the provisions of their respective statutes. It further observed that the issues arising out of the interconnection agreements and Unified License were to be addressed by the TRAI and until those issues were settled, proceedings under the Competition Act could not have been initiated.

The CCI and Jio, both, filed appeals before the Supreme Court challenging the decision of the High Court of Bombay.

The two key issues for consideration before the Supreme Court were:

(i) What is the width and scope of the CCI’s powers with respect to the telecom sector vis-à-vis the scope of TRAI’s powers?

(ii) Are there any limits to the powers of the High Court while entertaining a challenge to an order passed by the CCI under Section 26(1) of the Competition Act?

Observations of the Supreme Court

On the issue of the CCI’s powers vis-à-vis the powers of the TRAI, the Supreme Court held as follows:

(i) The TRAI, being the expert regulatory body governing the telecom sector, has, in the first instance, powers to decide contractual issues such as obligation to provide POIs, reasonableness of demand for access to POIs, concepts of “subscriber”, “test period”, “test phase and commercial phase rights and obligations”, “reciprocal obligations of service providers” or “breaches of contract”.

(ii) It is only when the above jurisdictional facts are determined that the question as to whether the denial of access to POIs was result of any concerted agreement among the rival firms would arise. The CCI, at that stage, can investigate whether breaches of the contractual arrangements amount to violations of the Competition Act.

(iii) If the CCI is allowed to intervene at the first instance, it would be necessarily required to determine the issues set out in point (i) above for which the TRAI is better equipped. There is also a possibility that the two authorities arrive at conflicting views – which must be avoided.

(iv) Where statutes operate in different fields and have different purposes, there is no implied repeal of one by the other (i.e., one Act does not impliedly repeal the other).

(v) Both the Competition Act and the TRAI Act are special statutes. Primacy must be given to the objectives of the CCI and the TRAI under their respective statutes. As regards issues of competition (such as existence of an anticompetitive agreement or appreciable adverse effect on competition) are concerned, the CCI is better equipped to determine the same. The “comity” between the sectoral regulators must be maintained.

(vi) Therefore, while there is no bar on the jurisdiction of the CCI altogether, the exercise of such jurisdiction is pushed to a later stage (i.e., after the TRAI has undertaken the necessary exercise of its jurisdiction in first place, which it is more suited to carry out).

With respect to powers of the High Court, the Supreme Court ruled as follows:

(i) The High Court erred in classifying the 26(1) Order as being “quasi-judicial” in nature. Orders passed under Section 26(1) of the Competition Act are administrative in nature as held earlier in CCI v Steel Authority of India Ltd, (2010) 10 SCC 744.

(ii) The High Court erred in exercising jurisdiction over a challenge to the 26(1) Order on the basis that it was a quasi-judicial order. However, where a question of jurisdictional fact is involved, the High Courts may entertain a writ petition challenging an order passed by the CCI under Section 26(1) of the Competition Act.

(iii) The High Court erred in deciding the questions of merits (i.e., if there was any agreement between rival firms) when the challenge was with respect to the jurisdiction of the CCI.

In our view, the critical takeaways from the Supreme Court’s order are as follows:

(i) The CCI enjoys primacy with respect to issues of competition law.

(ii) If there is an issue over which both the CCI and a sectoral regulator have jurisdiction, the sectoral regulator would first determine the rights and obligations in light of its powers and functions under the relevant statute, and only once these issues are determined, can the CCI look into the questions of violations of the Competition Act.