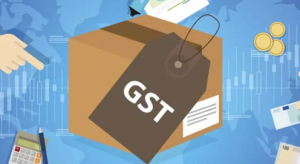 The Applicant is a provider of security services to the banks and also transports cash/coins/bullions in specially built vehicles. During the course of such transportation, the Applicant’s vehicles move along National and State Highways and the Applicant is required to pay toll charges, which is later reimbursed by the banks.

The Applicant sought an advance ruling on the issue of applicability of GST on the toll charges reimbursed by the client banks and on the possibility of claiming such expenses as deductions from the value of supply in terms of Rule 33 of the CGST/WBSGST Rules, 2017. The Applicant was of the view that the toll charges paid by it were not required to be included in the value of supply inasmuch as they were incurred in the capacity of a “pure agent” and were thus eligible to be claimed as deduction in terms of Rule 33 of the said Rules.

The Authority, in light of the “pure agent” provisions contained in Rule 33 of the CGST/WBSGST Rules held that since one of the essential conditionality for a taxpayer to qualify as a pure agent was that there should be an express contract specifically authorizing such taxpayer to act as “pure agent” was not being met in the instant case, the Applicant could not be considered as a pure agent and thus, Rule 33 (supra) could not have any application. The Authority further held that the toll charges paid by the Applicant were actually cost of the services provided to the banks inasmuch as the Applicant had received the service of access to roads and bridges for which it had paid these charges. The Authority thus ruled that GST was leviable on such toll charges being a part of the value of supply.

The Applicant is engaged in providing the services of leasing of industrial plots (for 30 years or more) to the industrial units against payment of one-time upfront amount called as premium, salami, cost, price or development charges etc. which is exempt by virtue of S. No. 41 of Notification No.- 12/2017-Central Tax (Rate).

In addition to the main service of leasing, the Applicant also provides certain ancillary services for which it charges the following fees viz., transfer fees, conversion fees, bifurcation fees and tower charges etc. The Applicant sought advance ruling on whether GST was applicable on such ancillary services.

The Authority held that even though the ancillary services were in respect of the same plots, entry no. 41 does not provide exemption to all the services related to plots which was also evident from the description of the entry. Accordingly, such ancillary services were held to be liable to GST @ 18% under the category of “Other Miscellaneous Services”.

In the instant case, the Petitioner had purchased some goods from Chennai but while transporting the goods to Kerala they were detained by the Assistant Sales Tax Officer and Ext.P3 notice was issued to the Petitioner. Based on the notice, the Petitioner paid the tax and penalty, but the remittance was mistakenly made under the head “SGST” instead of “IGST”. Given this inadvertent error, the authorities refused to release the goods. Resultantly, the Petitioner filed this writ petition.

The primary contention of the Petitioner was that since the remittance had been made under the wrong head due to an
inadvertent error, the authorities were empowered enough to transfer such remittance from one head to another i.e. from SGST to IGST. The Department, on the other hand, submitted that the Petitioner should pay the amount under
“IGST” afresh and claim refund of the amount wrongly paid under the head “SGST” since such adjustment/transfer could take more than a couple of months.

The Hon’ble Court held that the amount mistakenly paid by the Petitioner under the head “SGST” should be transferred to the head “IGST” by the Respondent officials insofar as Section 77 of the CGST Act read with Rule 4 of the CGST Refund Rules allowed adjustment of refund under one head (SGST, in the instant case) with any outstanding demand (IGST, in the present case) under the CGST Act. The mere fact that the process of adjustment could be a time consuming process was no valid ground and the Petitioner must not suffer on that account.

Accordingly, it was pronounced that the amount paid under the “SGST” head be transferred to the “IGST” head and the
goods be released forthwith. The petition was accordingly dismissed.

It is also clarified that temporary short-term transaction based loan provided by the DCA, acting as a Paragraph 3 agent, to the buyer shall not be considered as an independent supply and would be treated as being subsumed in the supply of the goods by the DCA to the recipient. As per Section 15(2)(d) of the CGST Act, value of supply of services (in the instant case) shall also include interest charged for such credit.

Further, where the DCA is not an agent under Paragraph 3, such services provided by the DCA to the buyer shall be an independent supply on Principal to Principal basis. The interest charged by the DCA (in such cases) will not form part of the value of supply of goods supplied. Such interest charges would be exempted vide notification No. 12/2017-Central Tax (Rate) dated 28th June, 2017.

The CBIC has issued a press release on November 8, 2018 in the wake of growing concerns qua the pendency in disposal of GST refund applications. The Board clarifies that the refund disposal rate has been improving on a month-on-month basis with the success percentage of disposal presently standing at 93.8% for CGST and SGST refunds and 93.27% for IGST refunds. It has further been clarified that the delay in timely disposal of refunds is on account of deficiencies in the refund applications which have been duly communicated to the applicants for remedial action. Lastly, the applicants have been requested to respond to deficiency memos timely and exercise due diligence while filing GSTR 1 and GSTR 3B as well as while filing shipping bills.

In terms of the GST law, Consulates, Embassies and other UN Organizations are allotted Unique Identification Number (‘UIN’) to enable them to claim refund of GST paid. However, it has been observed that in the invoice level data furnished by these entities/bodies in the refund application form GSTR – 11, “Place of Supply” is being reported as the State where they are registered instead of the place of supply as mentioned on the face of invoice resulting in delay/rejection of refund applications. Resultantly, the CBIC has come-up with an advisory for such entities/bodies on November 9, 2018 wherein it is advised that the details reported in the “Place of Supply” column should exactly match the details mentioned in the invoice issued by the supplier – this will lead to faster processing of the refund applications.

Disclaimer: The information provided in this update is intended for informational purposes only and does not constitute legal opinion or advice. Readers are requested to seek formal legal advice prior to acting upon any of the information provided herein. This update is not intended to address the circumstances of any particular individual or corporate body. There can be no assurance that the judicial/ quasi judicial authorities may not take a position contrary to the views mentioned herein.