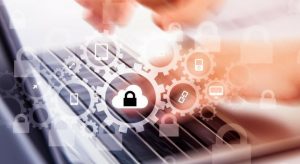 The expert committee set-up under the chairmanship of Justice B. N. Srikrishna for formulation of data protection regime in India, after a year of deliberation, released the Personal Data Protection Bill, 2018 (“Proposed Bill”) in public domain. Public comments were solicited on the Proposed Bill. In response to the Proposed Bill, the European Commission has submitted its comments to the Ministry of Electronics and Information Technology (MeitY).

We have discussed below in brief the key observations on the Proposed Bill provided by the European Commission and our views on such comments:

Given that there has been substantial uproar by a number of trade bodies and industry organisations against data localisation, the resistance from the European Commission to the data localisation proposal is not a surprise. It needs to be seen as to how the Government balances its interests and that of the stakeholders.

The concerns raised in relation to the independence of Data Protection Authority are most critical. If India is to be recognised as a country which ‘ensures an adequate level of protection’ under General Data Protection Regulation (GDPR) to enable free transfer of personal data between Europe and India, lack of independence of supervisory body could come in the way. Also, on the basis of the recommendation of the European Commission if decisions on key matters are not left to the discretion of the Central Government and the Data Protection Authority but are specifically provided in the enactment itself, it would definitely help in providing clarity to the stakeholders.

In so far as the Data Principal’s right to be forgotten is concerned, it is a valid observation, given that if there is a right to prevent continued disclosure, the historical data is a corollary.

Finally, on the identification of “significant data fiduciaries” we reserve our comments till the criteria is finally issued.