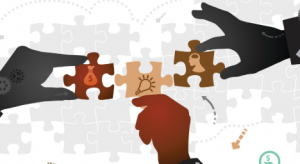 The Appellant in this case chartered a vessel from the Respondent for transport of certain goods under a Charter Party containing an arbitration agreement. Disputes arose between the parties, and the arbitration clause was invoked by the Respondent. Ultimately, the arbitrator passed an award for USD 150,362.18 along with interest in favour of the Respondent in London (“Foreign Award”).

Another important question determined by the Delhi High Court was regarding the existence of an arbitration agreement between the parties as the Charter Party was not signed by the Appellant. It analysed the correspondence exchanged between the parties and the relevant material placed on record and held that merely because the Charter Party was not signed by the Respondent, does not invalidate the arbitration agreement contained therein. Aggrieved by the order of the High Court, the Appellant filed an appeal before the Supreme Court.

The following issues were considered by the Supreme Court:

With regard to the first issue, the Court held in favour of the Respondent and affirmed the findings of the High Court. The Court held that the word ‘shall’ in section 47 of the Act, with reference to production of the arbitration agreement, ought to be read as ‘may’. The Court referred to the object and purpose of the New York Convention i.e. to facilitate the enforcement of arbitral awards and held that excessive formalism in enforcement of arbitral awards ought to be deprecated. Since the Respondent in the present case had filed the arbitration agreement at a later stage of the enforcement proceedings, the requirement under section 47 of the Act had been satisfied.

The Court further held that an application for enforcement of a foreign award can only be rejected on the limited grounds set out under section 48 of the Act and that the said section did not include non-filing of an arbitration agreement at the time of presentation of the application as one of the grounds for its rejection.

With respect to the second issue, the Court noted that abundant material was examined by both the arbitrator and the High Court on this issue, and it was inclined to approve their conclusions. The Court held that “the term ‘agreement in writing’ in Article II is very wide. An arbitral clause need not necessarily be found in a contract or an arbitral agreement. It can be included in the correspondence between the parties also.” The Court noted that in the present case, the arbitration agreement was present in the Charter Party, which was also accepted by both arbitrator and High Court. In light of the same, the Court rejected the Appellant’s contentions on the second issue.

This decision is clearly in keeping with the pro-arbitration stance being adopted by courts in India. It is fairly common for award-debtors to mount frivolous challenges to awards in an attempt to avoid liability and prolong disposal of enforcement applications. By reiterating that courts must avoid rigid adherence to procedural rules while enforcing awards, the Supreme Court has encouraged courts to adopt a pro-Award stance.