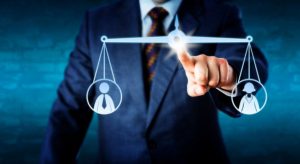 BOMBAY HC: DISPUTE RESOLUTION CLAUSE WHICH PROVIDES PARTIES WITH THE CHOICE TO OPT FOR ARBITRATION OR COURT LITIGATION IS NOT SUBJECT TO FURTHER AGREEMENT- INTENTION OF PARTIES MUST PREVAIL

2. The dispute resolution clause has been provided herein below for ready reference: “Incase of any dispute, our Managing Director’s decision will be final and binding on both the parties any dispute shall be referred to arbitration or any court.”

4. After disputes arose between the parties, the Applicant invoked the dispute resolution clause1 in the Contract. Through its notice of arbitration dated 16 October 2017 (“Notice of Arbitration”), the Applicant nominated an advocate as a sole arbitrator and called upon the Respondent to confirm the nominee within a period of thirty days from the receipt of the notice.

6. The Applicant thereafter filed an application under section 11(6) of the Act before the Court, for the appointment of a sole arbitrator. The question which arose for consideration was whether the dispute resolution clause constituted an arbitration agreement or merely a possibility of referring disputes to arbitration subject to a further agreement between the parties.

Observations of the Court

7. Recently, a similar arbitration agreement was examined by the Supreme Court in Zheijang Bonly2, wherein the dispute resolution clause stipulated that disputes between the parties shall be referred to the “arbitration body for arbitration or the court”. The Supreme court observed that emphasis must be laid on the intention of the parties to have their disputes resolved and while the petitioner had the option to either arbitrate or approach the courts, he had infact opted to arbitrate. The Supreme Court upheld the validity of the arbitration agreement and concluded that that the intention of the parties to arbitrate must be given effect.

8. Applying the findings of the Apex Court3 in the present circumstances, the Court observed that:

(i) In the case before the Supreme Court, the petitioner had an option to refer disputes to arbitration or court adjudication and since the petitioner opted for arbitration, the Supreme Court proceeded to appoint a sole arbitrator. Similarly, in the present dispute resolution clause, since the term “arbitration or court” is incorporated in addition to “dispute” and “decision of the managing director”, the entire clause must be read harmoniously;

(ii) while the Respondent challenged the precedential value of Zheijang Bonly4, the said decision qualifies as a precedent under Article 141 of the Constitution of India and is a clear authority on the interpretation of similar arbitration clauses; and

(iii) the contention of the Respondent that the subject clause reflected a possibility of referring to arbitration subject to a further agreement between the parties was contrary to the ruling of the Apex Court.

9. The Respondent sought reliance on Jagdish Chander v. Ramesh Chander5, wherein the court held that the subject clause did not constitute an arbitration agreement but enabled arbitration only subject to the consent of parties before reference to arbitration. Distinguishing the facts in Jagdish Chander v. Ramesh Chander6, the Court held that “clause 32 of the work order [Contract] does not contemplate any such mutual consent subsequently after arising of dispute between the parties”.

10. The Respondent referred to National Agriculture Coop. Marketing Federation India (Ltd.) v. Gains Trading Ltd.7 to contend that rules of interpretation require the clause to be read in the ordinary sense except where it would lead to absurdity. However, the Court clarified that it is settled law that when a clause expresses the specific intention of the parties, no part of the clause should be rendered meaningless. Relying upon the decision referred to by the Respondent in Dr. Arun Subrao Prabhu v. Rizvi Builders8, the Court held that a construction which results in any part of the contract being rendered otiose must be avoided.

11. Importing the principles of interpretation of an arbitration clause from Enercon (India) Limited9, the Court held that courts must adopt a pragmatic approach and not a pedantic or technical approach while interpreting an arbitration clause. As endorsed by the UNCITRAL Model Law, the Court concurred that courts play a supportive role in encouraging the arbitration to continue rather than letting it come to a grinding halt.

12. Based on the above findings, the Court concluded that that the intention of the parties to arbitrate must be given effect to and the Court proceeded to appoint an arbitrator. Since the clause provided for reference of disputes to the managing director, the Court observed that the managing director was ineligible to act as an arbitrator or appoint an arbitrator pursuant to section 12 (5) of the Act as amended by the Arbitration and Conciliation (Amendment) Act, 2015. Therefore, in exercise of its powers under section 11 (6) of the Act, the Court appointed an independent arbitrator to adjudicate the disputes between the parties.

13. This decision clarifies that open-ended arbitration clauses which provide parties with the choice to decide their preferred forum for dispute resolution once the dispute has arisen, are enforceable in Indian law. While future contracting parties have the option to keep their dispute resolution clauses open-ended by providing for both arbitration and court adjudication, drafters must ensure that the intent of the parties to opt for arbitration is made clear and that the clause is not an agreement to enter into an arbitration agreement in the future.