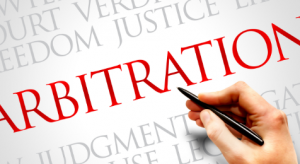 In this case, the issue which arose before the Supreme Court was, whether an arbitration involving a party that is a consortium consisting of an Indian company and a foreign company, with the Indian company as the consortium leader, would qualify as an “international commercial arbitration” within the definition of Section 2(f) of the Arbitration and Conciliation Act, 1996 (“Act”). Taking into consideration the fact that the consortium was an independent, although unincorporated, entity, the fact that the Indian lead member was exercising control and management, and that the office of the consortium was in India, the Supreme Court ruled that the arbitration involving such a consortium could not be deemed to be an international commercial arbitration.

M/s Larsen and Toubro Limited (“L&T”) and Scomi Engineering BHD (“Scomi”) entered into a consortium agreement (“Consortium Agreement”; L&T and Scomi are jointly referred to as the “Consortium”), with L&T designated as the lead partner. The Consortium entered into a contract for planning, design, development and other works in respect of a monorail system in Wadala, Mumbai (“Contract”), with the Mumbai Metropolitan Region Development Authority (“MMRDA”).

Disputes arose between the parties and the Consortium invoked arbitration. MMRDA resisted the same and thus the Consortium moved the Supreme Court for appointment of an arbitrator.

The Consortium reasoned that one of the parties – Scomi – was a company incorporated in Malaysia, which made this a case of “international commercial arbitration” under Section 2(1)(f)(ii)2 of the Act, and therefore it was the Supreme Court which would possess jurisdiction under Section 11(12)(a) for appointment of an arbitrator.

MMRDA disputed this contention, and therefore the issue arose before the Supreme Court as to whether the arbitral proceedings would fall within the definition of international commercial arbitration. MMRDA countered that the Contract when read together with the Consortium Agreement demonstrated that the Consortium was effectively an ‘un-incorporated association’ and would therefore primarily qualify under sub-clause (iii) of Section 2(1)(f) of the Act as an association or body of individuals. However, since the central management and control of such an association or body of individuals was exercised within India, the arbitration would not be an international commercial arbitration. MMRDA pointed out that as L&T – an Indian company – was the lead partner in the Consortium, and the Consortium’s office was in Wadala, Mumbai, therefore the Consortium’s central management and control was being exercised from within India.

The Supreme Court, in the facts and circumstances of the matter, agreed with the contention of MMRDA that the Consortium was an ‘association’ whose central management and control was being exercised within India. Therefore, the Supreme Court dismissed the present petition, granting liberty for the Consortium to approach the appropriate court having jurisdiction over the matter which did not constitute an “international commercial arbitration”.

Although the Supreme Court considered many factual nuances in reaching its conclusion, in our experience, when consortiums that comprise of Indian and foreign companies enter into commercial agreements with State entities in India, they are almost always required to act through the Indian company as the lead partner and have their offices within Indian jurisdiction. Therefore, this judgment is of significant importance as it may result in categorizing disputes arising out of such commercial agreements as domestic arbitrations. The implications of the same inter alia include:

(i) Determination of Court under Section 2(e) of the Act;

(ii) Determination of appropriate court having jurisdiction while appointing an arbitrator under Section 11 of the Act;

(iii) Whether a High Court or the Act itself can determine the fees of the arbitral tribunal under Section 11(14);

(iv) Whether there would be a restriction on the rights of the parties to select a substantive law – other than that of India – under Section 28; and