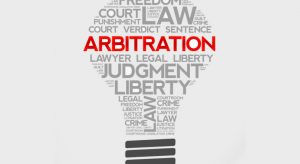 In this case, the dispute between the two parties was to be referred to a panel of three arbitrators, governed by the Rules of Arbitration of the Indian Council of Arbitration (“ICA”). When the Government of Haryana (“the State”) sought to nominate an ex-employee as its arbitrator, the ICA and the the Respondent both objected. Furthermore, instead of allowing the State to appoint a substitute arbitrator, the ICA did so on its own, on behalf of the State.

The State’s challenges to this appointment before the District Court and the High Court were both dismissed, and thus the State went in appeal before the Supreme Court.

The Supreme Court decided that, firstly, a substitute arbitrator’s appointment is subject to the same rules as applicable for the appointment of the original arbitrator, and therefore it was the State which would have the right to do so. Secondly, it held that, in any case, the Arbitration and Conciliation Act, 1996 (“Act”) did not bar the appointment of ex-employees are arbitrators. The Supreme Court further observed that such a position had not been altered by the amendments to the Act made in 2015.

Apart from taking a detailed look at the above judgment in this update, we have also suggested certain practical steps which parties to a dispute may wish to take in order to gauge whether an ex-employee appointed as an arbitrator by the other party is likely to be biased.

Trust you will find this an interesting read. For any queries or comments on this update, please feel free to contact us at insights@elp-in.com.